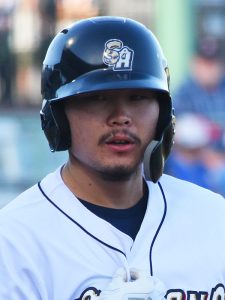 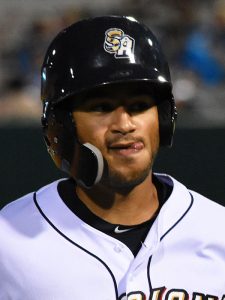 As a casualty of the coronavirus pandemic, the San Antonio Missions didn’t play a single game at Wolff Stadium this summer. Their season was canceled. But that doesn’t mean that they have stopped making headlines.

Fernando Tatis, Jr., who started at shortstop for the Missions in 2018, has emerged at age 21 as one of the most talked about players in the game with the San Diego Padres.

In addition, Dinelson Lamet (Missions, 2016), Franmil Reyes (2017), and then Chris Paddack and Cal Quantrill (in 2018) have surged from the Double-A level to establish themselves as some of the most promising young players in the MLB at the moment.

Among players on the Triple-A Missions from last year, Keston Hiura and Trent Grisham have delivered with the most impact in the majors thus far.

Here’s a glance at some of the Missions players from the past four seasons and how they have fared in their jump to the top level of the game:

Keston Hiura played for the San Antonio Missions for part of the 2019 season before being called up by the Milwaukee Brewers. – photo by Joe Alexander

Keston Hiura — The batting average for the Milwaukee Brewers’ infielder (.240) has slipped from last season (.303). But he has continued to slug homers, seven of them in 25 games. He hit 19 for the Brewers last summer after his call up from the Missions, for whom he hit another 19 round-trippers and a .329 average.

Mauricio Dubon — San Francisco Giants utility player is hitting .265 in 27 games. The Brewers traded Dubon to the Giants last July. He became the first player from Honduras to make an opening-day MLB roster this season.

Trent Grisham — San Diego Padres’ starting center fielder (.261, 7 HR, 14 RBI) has figured prominently in the team’s rise into playoff contention in the National League. He hit three home runs out of the leadoff spot Saturday night. Grisham was traded from the Brewers to the Padres in the offseason.

Taylor Williams — Seattle Mariners right-handed reliever (six saves, 3.00 earned run average) is pitching well. The Mariners claimed Williams off waivers in February. Williams made 46 appearances out of the bullpen for the Missions last year. He was 3-3, earned six saves and posted a 2.83 earned run average in Triple-A, but he had some rough outings in 10 appearances with the Brewers at the major league level.

Devin Williams — Williams (1-1, 0.93 ERA) has a bright future with the Brewers. He throws in the high 90 mph range and has been a strikeout machine, fanning 20 in 9 and 2/3 innings this season. Missions’ fans might not remember him well. He was in San Antonio for the last half of the 2019 season and appeared in only 13 games.

Burch Smith — The San Antonio native is currently on the Oakland A’s injured list. Previously, he established himself as a key member of the A’s bullpen. Smith is 2-0 with a 2.25 earned run average and a save with the A’s, who have the best record in the American League. Smith split time between the Missions and Brewers last summer. He was picked up off waivers by the Giants last Aug. 12 and then purchased by the A’s on Feb. 15.

Trent Grisham is batting leadoff for the resurgent San Diego Padres. The former standout at Richland Hills High School played for the Missions in 2019. – photo by Joe Alexander

Corbin Burnes — Burnes (0-0, 3.42) is still searching for consistency. But he has shown flashes of potential to become a quality pitcher. With a high-90s stuff and extremely good breaking stuff, he’s got a chance. Burnes started last year in Milwaukee and then was sent down to the Missions to find himself. He’s 25 years old. Might just need time.

Adrian Houser — Houser is a starter in the Brewers’ rotation. The Oklahoma native is 1-2 with a 3.72 earned run average after going 6-7 with a 3.72 ERA in Milwaukee last summer. Houser started the Missions’ first game as a Triple-A franchise in April 2019 at Oklahoma City.

Travis Shaw — Shaw has played 18 games for the Toronto Blue Jays. A former 30 home run slugger with the Brewers, he’s hitting .231 with three homers and seven RBI for the Jays.

Fernando Tatis, Jr. –Tatis has emerged as the major league leader in home runs (12) and RBI (29). He’s also seventh in OPS (1.023). His grand slam on a 3-0 count last week in Arlington, against the Rangers, touched off a controversy on baseball’s “unwritten rules.” It also set the stage for the Padres to hit grand slams in five of six games, a major league record. Tatis played parts of the 2017 and 2018 seasons with the Missions.

Chris Paddack — Right-handed pitcher from Austin (2-2, 4.26) started on opening day for the Padres. It’s his turn again on Tuesday when the Padres, on a seven-game winning streak, host the Seattle Mariners.

Ty France — Outfielder has moved into the Padres’ starting lineup in the absence of injured Tommy Pham. He aided in the destruction of the Texas Rangers last Thursday with a home run in the eighth inning of an eventual 8-7 victory in 10 innings.

Austin Allen — Won the backup catching job with the Oakland A’s after an off-season trade from the Padres. He hit his first career home run on Aug. 5 in a 6-4 home victory over the Texas Rangers. The two-run shot put Oakland ahead for good. Allen also made some waves on Aug. 9 when he was among players ejected in a benches-clearing brawl in Houston.

Cal Quantrill — The Padres right-hander (2-0, 2.93) enjoyed a big moment on Aug. 10 when he pitched three scoreless innings of relief to get the victory over the Los Angeles Dodgers at Dodger Stadium. The native of Port Hope in Ontario, Canada pitched in both the 2017 and 2018 seasons for the Missions.

Franmil Reyes — The 6-foot-5 Reyes has been one of the hottest hitters for the Cleveland Indians over the last few weeks. In his past 10 games, he’s hitting .342 with four home runs and eight RBI. In a stretch from Aug. 15 to Aug. 17, he hit three homers in Detroit, including one that traveled 462 feet and another 453.

Luis Urias — After sitting out the first several weeks of the season, the Brewers’ infielder started fast but is now in a bit of a slump. He is 2 for 18 in his last five games, driving down his batting average to .294. Urias has had some physical setbacks since joining the Brewers in an off-season trade. He broke a bone in his hand in spring training and tested positive for Covid-19 during summer camp.

Dinelson Lamet — The 28-year-old, right-hander (2-1, 1.89) leads the Padres in earned run average and innings pitched (33.1). He’s also the team leader in strikeouts (45). Lamet, in perhaps his best performance this summer, took a no hitter into the seventh inning against the Arizona Diamondbacks on Aug. 9. He started 14 games for the Missions in 2016. Lamet was 5-7 with a 3.39 earned run average in Double-A.

Fernando Tatis Jr. made himself at home Monday night in the new home of the Texas Rangers.

In a stunning show of power, Tatis crushed a line drive to left for a three-run homer in the seventh inning. In the eighth, he followed with an opposite-field grand slam.

It came on a 3-0 count with the Padres holding a seven-run lead. After it sailed over the wall in right field, the Padres expanded the advantage to 14-3.

“There’s a lot of unwritten rules that are constantly being challenged in today’s game,” Rangers manager Chris Woodward told reporters, as noted in a Twitter post from San Diego Union-Tribune reporter Jeff Sanders. “I didn’t like it, personally. You’re up by seven in the eighth inning. It’s typically not a good time to swing 3-0.”

Added Woodward, “It’s kind of the way we were all raised in the game, but like I said, the norms are all being challenged on a daily basis. Just because I don’t like it doesn’t mean it’s not right. I don’t think we liked it as a group.”

On the next play, Texas reliever Ian Gibaut threw a pitch that sailed behind San Diego slugger Manny Machado. Woodward said there was no purpose to the location of the pitch. “It slipped out of his hand and went wide,” he said, in comments relayed by Sanders.

“(Umpires) didn’t issue any warnings, so they must have come to the agreement that it wasn’t intentional. I was expecting them to warn somebody, but they didn’t.”

Jayce Tingler, a first-year Padres manager who worked with the Rangers for the past 13 years, congratulated Tatis for the slam but also told his young star that he had missed a take sign.

“He’s young, a free spirit and focused and all those things,” Tingler said in a story published by the Associated Press. “That’s the last thing that we’ll ever take away. It’s a learning opportunity and that’s it. He’ll grow from it.”

The power show boosted Tatis into the home-run lead in the major leagues.

Two years ago, he was one of the top prospects in baseball with the San Antonio Missions. Now he has 11 homers on the season, one more than Mike Trout of the Los Angeles Angels.

Tatis is only 21 years old.

Former Missions players Franmil Reyes and Fernando Tatis, Jr., have produced multi-home run games on back-to-back days in the major leagues. Reyes hit two for the Cleveland Indians on Sunday in Detroit. Tatis followed with two on Monday at Texas.