Nearly two full years have passed since the Acereros de Monclova won the 2019 title in the Liga Mexicana de Beisbol, and they remain as the defending champs of Mexico after Covid-19 wiped out sports leagues all around the world in 2020.

Led by a team president who grew up in South Texas and got his start in sports administration in San Antonio, the Acereros will christen the return of pro baseball in the Alamo City in the post-pandemic era when they take the field in exhibition contests Thursday and Friday against the Tecolotes de los Dos Laredos. 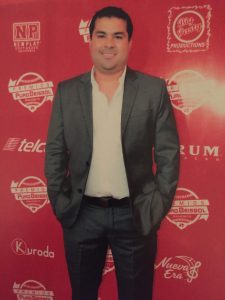 First pitch both nights is set for 7:05 p.m. at Wolff Stadium. It’s a two-night production sponsored by the San Antonio Missions, who will open their new season next week.

“We’re still in the spring training phase (of our camp), so tomorrow is the first time we’ll have most of our real lineup (on the field), to get ready for our season opener on May 20,” Monclova team president Jose Melendez said. “It’s a great trip for our players, to go into different cities. We’ve never played in San Antonio before. To play in front of a crowd in San Antonio will be very good for them. It’s a very exciting thing for us, for our players, to make this kind of trip.”

The trip is also special for Melendez, who grew up in Laredo, attended college in San Antonio and once worked in the front office for the Missions.

“It’s one of those things in life where you come full circle,” said Melendez, who went to school at both Incarnate Word and UTSA. “You have fond memories of starting your career with the Missions, and to come in with another international team, the defending champions, and to play at (Wolff) Stadium, it’s kind of a full circle thing for me. It’s something we always strive to do in our organization, and that’s to break boundaries.

“To me, it’s a very exciting thing. Not only because of my personal affection for the San Antonio Missions, but also to have our club play in front of a great crowd, in a different market — in a major league market, in San Antonio. People (in San Antonio) can experience our kind of baseball, our kind of players, so it’s very exciting. I’ve been looking forward to this for the longest time.