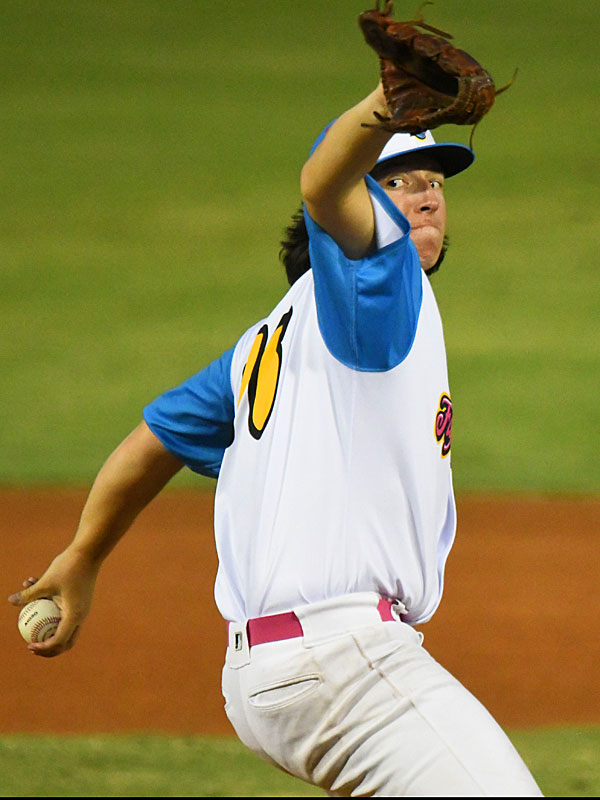 With the victory, San Antonio swept the three-game series against Round Rock.

The Chanclas entered the series finale with the TCL’s best earned run average at 2.93, and they lived up to their statistics with a solid performance against one of the league’s best hitting teams.

San Antonio pitchers struck out 10 and walked one. The only run they gave up was unearned. Flores was masterful, fanning four in throwing three perfect innings — nine up, nine down. Even though the defense committed two errors, the Chanclas made several strong plays in the field.

In the fourth inning, third baseman Johnny Hernandez robbed Round Rock of a hit with a diving grab on a line drive in the hole. Jordan Thompson made another fine play to end the inning. Playing a hit in right field, he bare-handed it and fired to second base, cutting down Cody Vannoy for the third out.

Leading by the eventual final score, the Chanclas added another solid play in the top of the eighth. Second baseman Grant Smith gloved a hard-hit ground ball that kicked up high on a bounce off the pitcher’s mound. Smith flipped to shortstop Jalen Battles, who tagged second and fired to first for the double play.

Lee Thomas led the offense with two hits and two RBI. A big moment for Thomas came in the eighth when he smashed a ball that hit the center field wall. The drive brought in Ryan Flores to score all the way from first. In jubilation, Thomas slid into third base, popped up and threw a fist in the air. 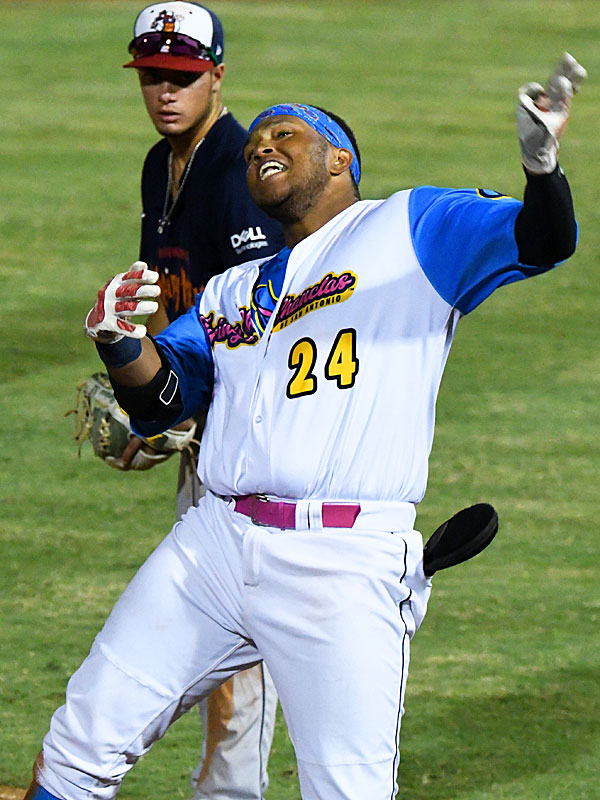 Lee Thomas celebrates after an RBI triple in the eighth inning. Shaking off a slow start to the season, Thomas had two hits to raise his average to .219. – photo by Joe Alexander

The Chanclas have the day off Monday. They open a three-game road series at Victoria on Tuesday. 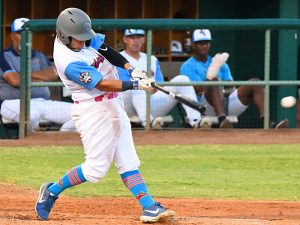 The Chanclas’ pitching staff lowered its ERA to 2.65. Flores, from Clark High School and Texas A&M-Kingsville, lowered his personal ERA to 0.90. In five outings, he has yielded one run on five hits in 10 innings. Flores has struck out 11 and walked four …

Round Rock entered the series against the Chanclas on a hot streak, scoring 35 runs in a three-game sweep of Victoria.