I’m guessing right about now some of you may be wondering who I am and why this is appearing in this particular blog. I’d like to say “I’m Jean Val Jean” or that, “I am just a poor boy and my story seldom told,” but those monikers have already been taken by Les Miserables and Simon Garfunkel. In reality, I’m Tom Reiter, a 70-year-old retired English teacher and a transplanted New Yorker living in Charlotte, N.C. Now why my words of wisdom are appearing in this particular blog is a much longer story and it goes back nearly half a century. May I have a little flashback music please. 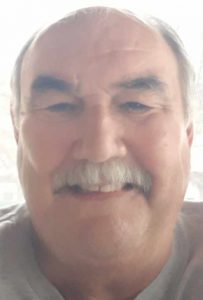 Tom Reiter once served as editor of The Ranger, the student newspaper at San Antonio College. Reiter, a retired school teacher living in North Carolina, will chronicle his trip to the 150th British Open for The JB Replay.

After serving my country honorably for four years in the United States Air Force, I found myself living in a country very unfamiliar to me, Texas. My new bride still had two more years to serve at Lackland AFB, so I decided to restart my education. I found a community college on San Pedro Avenue and that is where I met this funny sounding person, Jerry Briggs.

I had this crazy idea that I could be a sportswriter so I took some journalism courses at San Antonio College and began writing for its award winning newspaper The Ranger. Jerry, being the sports editor, took me under his wing. Jerry and I did some great things together, and I must admit some crazy things (driving three hours to see our men’s basketball team play San Jacinto might have been one of those things).

As Robert Frost penned, “As way leads to way,” a year later we took two different paths. Jerry became a Texas Longhorn and later steered (get it) himself to the San Antonio Express-News and the San Antonio Light and I headed to New York scrapping my sports writing plans to become a teacher.  Although separated by 2,000 miles we managed to see each other now and then. I was in Texas for his wedding (I still don’t know what Paula sees in him) and we got together when his work covering the Spurs and the Houston Oilers brought him to the East Coast. Well, back in October Mary and I once again visited Jerry and Paula.  45 years older, but still talking funny, Jerry and I sipped a few brews and when I mentioned I was going to The Open Championship  (dramatic music please) the blog idea was created. So basically, if you’re reading this and it makes you nauseous, blame Jerry not me.

Editor’s note: Tom’s stories will appear periodically this month in The JB Replay. The British Open is set for July 14-17 in Scotland. The tournament will be played at the Old Course at St. Andrews, which is considered the oldest golf layout in the world.