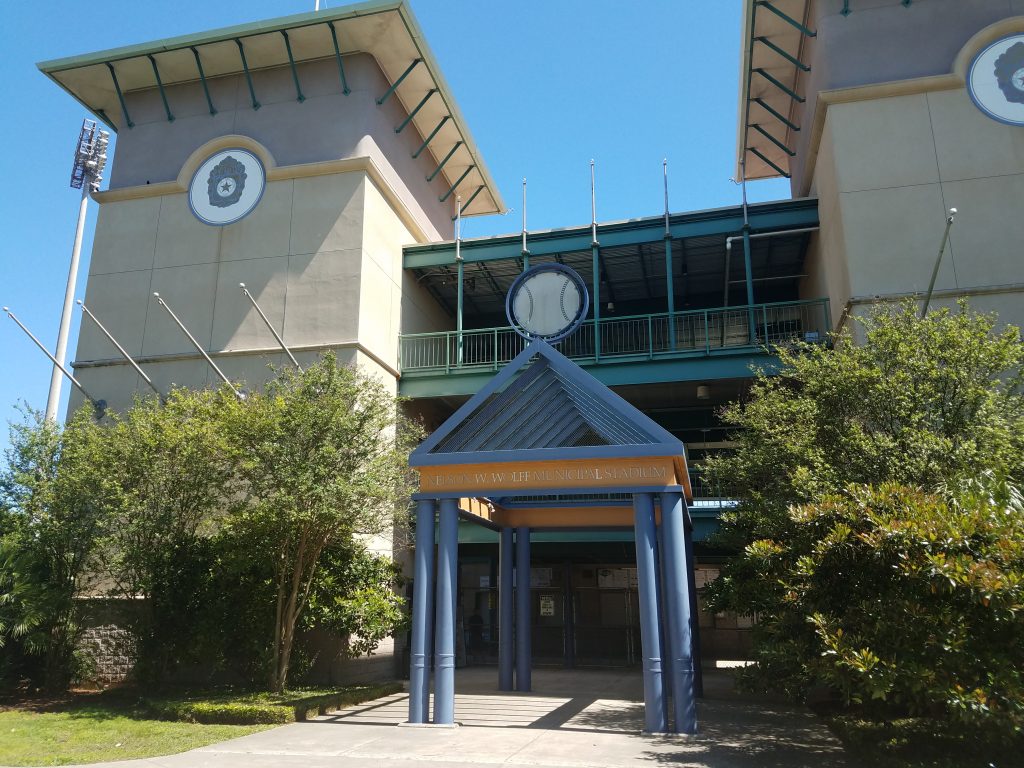 The return of professional baseball to San Antonio looms in only a few days, and Missions president Burl Yarbrough on Tuesday admitted to feeling some extra adrenaline after having the entire 2020 season canceled because of the pandemic.

Last summer, Yarbrough and his staff kept the turnstiles at Wolff Stadium spinning by fielding a team in the Texas Collegiate League. But for the first time in San Antonio since the 1960s, there were no pro games to watch.

The game’s return, for the faithful, will be like a three-course meal at a favorite eatery.

Fans will get an appetizer on Thursday and Friday night at Wolff Stadium, with a pair of exhibitions between teams from the Mexican League. The Tecolotes de los Dos Laredos will play the Acereros de Monclova each night.

Yarbrough is ready for it all to start.

“I’ve been doing this for a long time and still get very excited … probably a little moreso this time because of the fact that we missed last year,” he said in a telephone interview. “It’s a special time of year, knowing that our season starts a week from today. After missing a year, it makes it that much more special.”

Schedule at a glance

The Tecos and the Acereros will be playing exhibitions as part of their preseason schedules, a pair of games set up between Yarbrough and one of his former employees, Acereros president Jose Melendez.

Initially, Yarbrough tried to work out a deal to bring Monclova to San Antonio to play the Missions. But it couldn’t be done because of health-related protocols, and so the Tecos and Acereros games were booked.

It should be an interesting show with Monclova featuring players such as Bartolo Colon, Addison Russell, Erick Aybar and Chris Carter.

“They do things the right way,” Yarbrough said of the 2019 Mexican League champions.

It’s the first time a pro team from south of the border will play in San Antonio since 1994, when Wolff Stadium opened and hosted an all-star game between the Mexican and Texas leagues.

Colon is expected to start on Friday night.

The Missions are a franchise in transition, having linked up in 2019 with the Milwaukee Brewers, with a move from Double-A to the Triple-A Pacific Coast League. As it turned out, the team played only one season in the PCL.

A cascading series of unfortunate events started in March of 2020 with a suspension of spring training and later a delay on the start of the season because of the virus.

By mid-summer, officials decided to scrap the minor league season at all levels.

In the fall, Major League Baseball started a reorganization of the minors, which ultimately resulted in the Missions being placed back in Double-A. Given the age of Wolff Stadium, the move was expected, but it was still painful.

Earlier this year, the Padres became the Missions’ parent-club once again.

Yarbrough said he thinks that the Missions’ history with former Padres prospect Fernando Tatis, Jr., now regarded as perhaps the most exciting young player in the game, could help his ball club this summer in terms of fan recognition.

“He had a pretty good weekend last weekend, didn’t he?” Yarbrough said.

Tatis, who played for the Missions in 2017 and 2018, electrified the fans by leading the Padres to three victories in four road games against the defending world champion Los Angeles Dodgers.

“For us, we went off and played Triple-A for one year,” Yarbrough said. “With the new arrangement with major league baseball, and us going back to Double-A, it’s very exciting to re-affiliate with the Padres. Because, we had 12 great years with them (from 2007-18). They always treated us like partners from Day One. Just (had) good relationships (with) good people who worked for ’em.

“When anybody says, ‘Oh, you’re back in Double-A.’ I can say, ‘Fernando Tatis.’ “That’s who we had on our team when we were in Double-A in our last year. (Also) Chris Paddack on that team. Let me tell you. Fernando Tatis is the most exciting player in baseball right now, and he was on this field just a few years ago, and he probably has as much in front of him as anyone in the big leagues right now.

“So for us to re-affiliate with them and for him to be a part of our team, I mean, he was here in ’18 when the Flying Chanclas were born, and he loved wearing that uniform. The way he played for us, you see it now in the big leagues … It’ll be very easy for our fans to root and follow him in the years to come.”

The makeup of this year’s Missions’ roster is still something of a mystery, as the Padres haven’t released any information on players yet.

Regardless, a solid team led by manager Phillip Wellman is expected to arrive later this week. The Padres’ minor league system is ranked among the top ten in baseball despite a number of moves over the past few years to acquire veterans in exchange for prospects.

Regardless of who is on the team, Yarbrough will look forward to May 18 when he can invite fans to come out and watch the first Missions home game in 20 months.

“So excited to see people in the ball park again,” Yarbrough said.

Feeling the effects of a national health crisis, minor league baseball announced Tuesday afternoon that the season has been canceled, effectively stripping San Antonio of one its most enduring traditions. 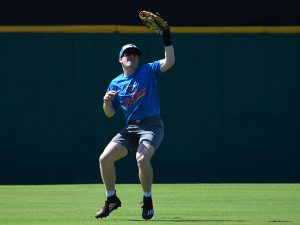 The Flying Chanclas de San Antonio, an entry in the Texas Collegiate League, will open play tonight in Amarillo. – Photo by Joe Alexander

It is the first time in 53 years that baseball fans in the Alamo City will not have their own professional team to cheer.

“This is news we expected, but it’s still a very sad day to know we won’t have professional baseball in San Antonio this summer,” Missions president Burl Yarbrough said. “We look forward to things getting better and know that Opening Day 2021 will be really special.”

In anticipation of the cancellation, the Missions in May moved forward with plans to host a team in the Texas Collegiate League. The team, known as the Flying Chanclas de San Antonio, will open a 30-game season Tuesday night.

San Antonio’s last summer without pro ball came in 1967 in the third year of a three-year stretch following the sale of the team to a group in Amarillo.

Pro ball returned to the Alamo City in 1968, with home games held at V.J. Keefe Field on the campus of St. Mary’s University.

It’s been played every summer since then, getting a boost in 1994 when the Missions moved to city-owned Wolff Stadium.

“We’ve been around since 1888 with only a few occasions without baseball,” Yarbrough said. “We’ll come back strong. Baseball fans in San Antonio have always supported us.”

Baseball has been in a holding pattern since March when the coronavirus pandemic forced the suspension of activity in spring training.

Last week, Major League Baseball announced a plan to return to play in a 60-game schedule that will start July 23.

But because of projected financial losses, MLB owners elected to scrap plans for a traditional minor league season.

MLB informed the minor league office that it would not provide minor league affiliates with players, meaning the end of any hopes for even a shortened season.

“These are unprecedented times for our country and our organization as this is the first time in our history that we’ve had a summer without Minor League Baseball played,” said MiLB president Pat O’Conner.

“While this is a sad day for many,” O’Conner added, “this announcement removes the uncertainty surrounding the 2020 season and allows our teams to begin planning for an exciting 2021 season of affordable family entertainment.”