The Incarnate Word baseball team walks solemnly to the outfield after its season ended Saturday with a 7-3 loss to Sam Houston State. UIW finished 29-26 for its first winning record in six years.

It was the regular-season finale for both teams.

The Bearkats swept all three games of the series in San Antonio to deny the Cardinals what would have been their first trip to the Southland Conference baseball tournament.

What began as a promising season for UIW ended on a seven-game losing streak.

Andrew Fregia homered in the first inning for the Bearkats, who will be the top seed in the SLC tournament next week at Sugar Land.

Rogers added a homer in the third, followed by Hearn’s shot in the fourth. Rogers hit another one in the seventh.

Despite the late-season swoon, first-year coach Patrick Hallmark led UIW to its first winning record as an NCAA Division I program.

The 13 conference wins were also the most in the team’s five years in the SLC.

UIW had posted losing overall records each of the past four seasons during its transition to Division I.

This was the first season in the wake of the transition that UIW would have been allowed to play in the tournament.

The Cardinals’ last non-losing record came in 2013, in their final year in Division II, when they posted a 26-26 record. 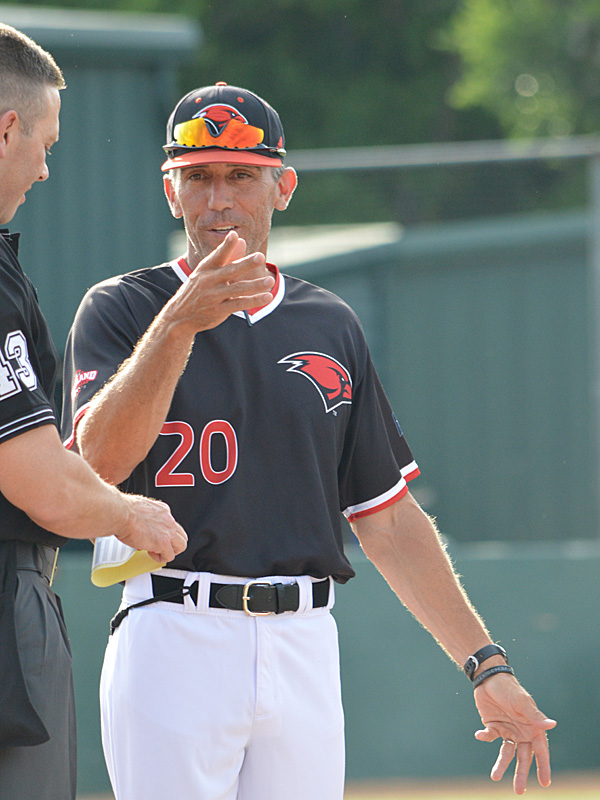 Three weeks ago, the University of the Incarnate Word baseball team seemed well on its way to qualifying for the Southland Conference postseason tournament.

UIW, playing inspired ball under first-year coach Patrick Hallmark, was 27-19 overall and 12-9 in the SLC after winning two of three on the road at the University of New Orleans.

The Cardinals’ performance in the Big Easy gave them four SLC series victories in five tries, an impressive stretch for a program making its debut as a full-fledged member of the conference and NCAA Division I.

Since then, the Cardinals have hit the skids.

They have lost seven of nine games overall and seven of eight in conference, falling to the brink of elimination from tournament consideration heading into the last day of the regular season.

After Sam Houston State throttled UIW 16-1 Friday afternoon, the Cardinals (29-25, 13-16) are faced with what is most likely a must-win situation in its regular-season finale Saturday afternoon at Sullivan Field. 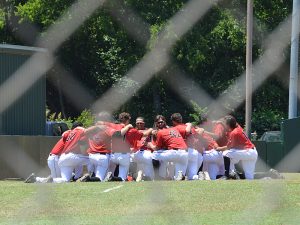 A loss to Sam Houston doesn’t necessarily eliminate them as one of the tournament’s eight qualifiers. But a victory sure would help them get there.

Can they do it?

Well, UIW hasn’t inspired much optimism in the past eight days, losing all three last week at Texas A&M-Corpus Christi and then dropping the first two in a three-game series against Sam Houston.

In an interview Friday afternoon, Hallmark expressed confidence that his players would bounce back from their most lopsided loss of the year.

“I think they’ll respond in a positive way,” the former long-time Rice University assistant said. “The guys we’re running out there regularly, are all made of the right stuff — which means, mental toughness.

“We talk about not feeling sorry for yourself, not letting things that you can’t control bother you or affect you, or intimidate you, or, whatever.

“You can put in any phrase you want. The guys we’re running out there, our main core group of guys, that’s what they’re made of. We like ‘em a lot.”

The school brought in Hallmark, an assistant in 2017 at Missouri who had worked for 11 previous seasons under Wayne Graham at Rice. 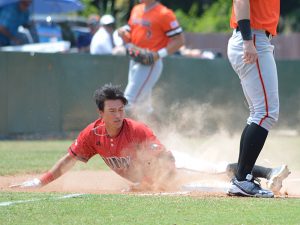 UIW started fast, knocking off 30th-ranked Notre Dame at the Irish Baseball Classic and playing tough at No. 8 Texas A&M.

But in the past few weeks, it’s been a struggle, especically in identifying quality depth in the pitching staff.

In Thursday’s opener against Sam Houston, UIW blew a two-run lead in the ninth and lost 5-4 in 10 innings.

On Friday, Sam Houston’s leadoff hitter blasted a long home run on the first pitch of the game en route to 16 hits for the visiting team.

After a game that lasted three hours and 28 minutes under a hot afternoon sun, Hallmark summoned his players to the outfield grass for a talk.

The coach said he challenged them to get mentally and physically ready to play in the finale against the Bearkats, who have dominated the SLC over the past few seasons.

“I just talked about tomorrow’s game and keeping our heads up,” Hallmark said. “One of the good things about baseball is, you get to play a lot. So, you can get this one out of your system and come out here tomorrow ready to play.

“That’s what I told ‘em, (to) get a good meal, take care of their bodies … Hydrate, and walk out here with your heads up. Because, we’ve played more good baseball (this year) than we have bad baseball. Today we played bad baseball.”

Hallmark said he doesn’t want to get into long discussions with fans who like to tell him that the season will be a success, regardless of whether the team makes it to the tournament.

“Honestly, I don’t let my mind go there,” he said.

Hallmark said he’s much too preoccupied with how to beat the Bearkats than to get into a discussion about whether UIW has had a good enough year to suit him. 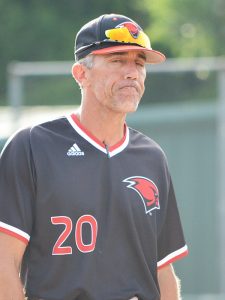 “I truly am embracing tomorrow’s game,” the coach said. “That’s what we preach to our players. We got to embrace, literally, the first pitch. Because, it’s one pitch at a time.

“So, I don’t know, really, how to answer your question. I think there are things (about the season) we’ll be proud of. I haven’t been here (as coach) before (this year).

“So, I guess what people are saying, is, maybe we’re a little better than we have been. But I see a lot of room for improvement.”

As far as the coach is concerned, there’d be no better time to show it than Saturday against Sam Houston State.