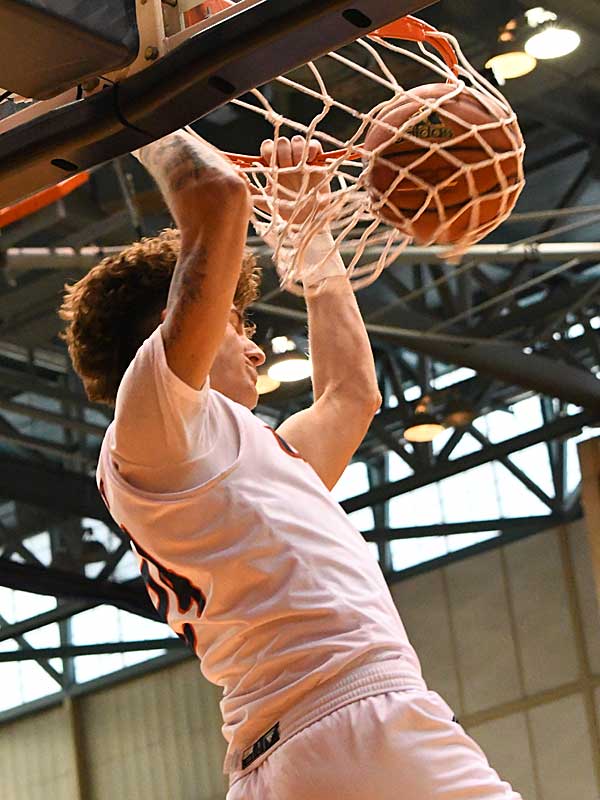 The Middle Tennessee Blue Raiders snapped a 13-game losing streak at the expense of the UTSA Roadrunners, scoring an 89-86 victory at home Thursday night in Conference USA.

The Roadrunners fell behind by as many as 21 points in the second half and closed with a furious rally to make it a two-possession game for much of the final minute.

But they couldn’t sustain the momentum, ending their winning streak at seven games.

Coming into the game, UTSA held the lead in the C-USA standings and had a streak that was tied for the sixth longest in the nation.

They also had two of the top scorers in the conference in Jhivvan Jackson and Keaton Wallace.

As it turned out, the Blue Raiders didn’t let it bother them, limiting Jackson and Wallace to 19 of 49 shooting combined.

In addition, Middle Tennessee hit 27 of 55 from the field for 49.1 percent, the fourth-best shooting night of the season against the Roadrunners.

The UTSA defense hadn’t allowed a team to shoot better than 44 percent in 12 games, since South Dakota State hit 60 percent on Nov. 20 at the Gulf Coast Showcase in Florida.

Marshall won at home, downing Florida Atlantic, to move into first place in the conference standings at 4-0. UTSA and the North Texas Mean Green, who were idle, are tied for second place at 4-1.

“We were keyed in on a couple of their guys, and we did a decent job on them. A couple of guys that had not been making threes got real hot (and) that really had a big impact. They started feeling good, playing with confidence, and it snowballed on us.” — UTSA coach Steve Henson told the team’s radio broadcast.

Middle Tennessee ranked No. 24 in the @AP_Top25, the first AP ranking in program history!

The Middle Tennessee Blue Raiders have vaulted into the Associated Press Top 25 for the first time in program history.

Middle Tennessee is ranked 24th in the nation, according to the wire service poll released Monday.

The Blue Raiders of Conference USA are coached by Kermit Davis, who has led the program to NCAA tournament’s round of 32 in each of the past two seasons.

“You feel so happy for your players with all the hard work they’ve put in,” Davis said in a statement. You also feel great for your fan base and your MT brand, especially when you get ranked this late in the year based on the long haul and what we’ve done.”

Laying the groundwork for their rise in stature, the Blue Raiders registered round-of-64 upsets in 2016 over second-seeded Michigan State and last year over fifth-seeded Minnesota.

This year, the Blue Raiders beat Vanderbilt and Ole Miss on the road in the pre-conference and then started a dominant roll in the C-USA, winning 14 out of 15 games.

Middle Tennessee beat UTSA by 24 points on its home floor in Murfreesboro, Tennessee, on Jan. 25.