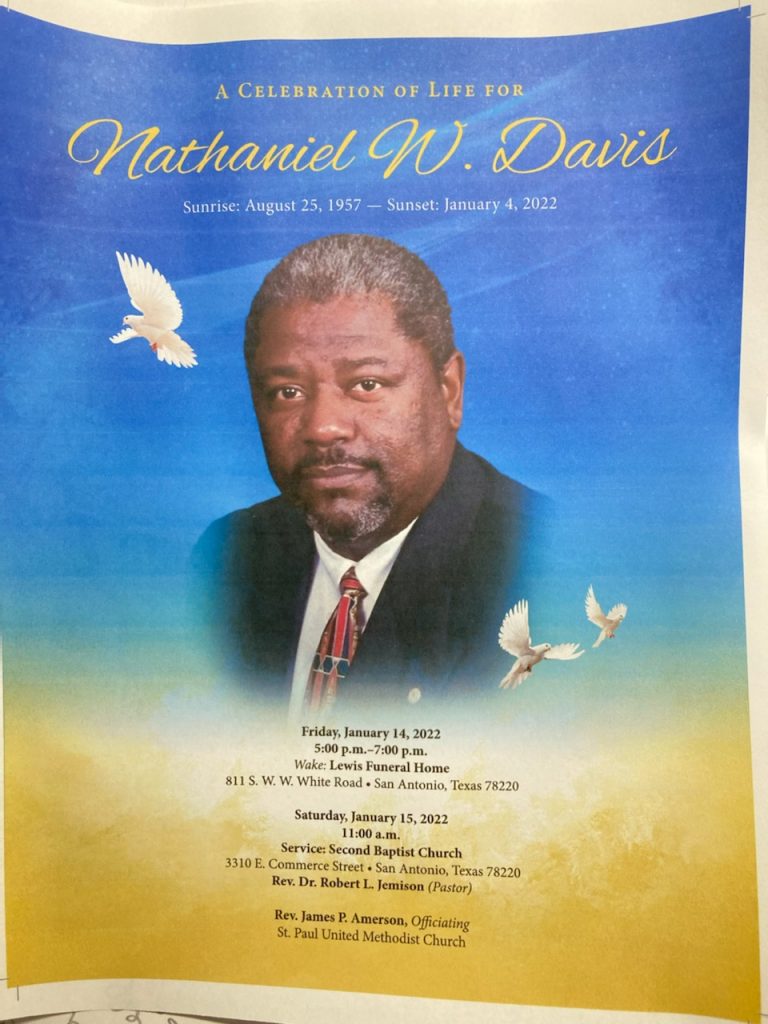 Nathaniel ‘Nate’ Davis served his East Side community with distinction as a coach and administrator at the Davis-Scott YMCA. — Courtesy photo

Nathaniel ‘Nate’ Davis spent most of his adult life working with children as a coach and as an administrator at the Davis-Scott Family YMCA, an institution of historical renown on the East Side of San Antonio. 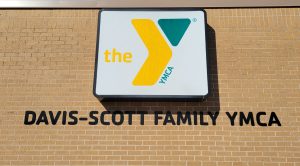 When Davis showed up for a day’s work, he would turn on the lights at about 9 a.m. and wouldn’t turn them out until, well, maybe 7, or 8, or even 9 p.m. Or, basically, whenever the last child was safely on the way home.

“He treated those kids like his own,” said his older brother, former major league baseball player Odie Davis III.

Stricken with a heart attack, Nate Davis passed away on Jan. 4. The personable neighborhood civic leader was 64.

In all, Davis spent 32 years working with the YMCA, including several at the end of his tenure in a fundraising capacity for all ‘Y’ branches in the city.

“He had a way of talking to people to get that money out of ‘em,” said former Davis-Scott administrator Rufus Miller. “He’d be letting ‘em know that it was for the kids. He knew how to get those funds … with the proper conversation.

“He inherited that from his dad.”

His father was Odie Davis Jr., who founded a community service organization in 1944 known as the Alamo Branch YMCA. Originally, the Alamo Y was located on Sycamore Street near St. Paul’s Square. Later, it moved into a building at 1230 E. Commerce.

Today, the Davis-Scott YMCA – named after Davis Jr. and S.T. Scott, an educator — sits on an expansive plot of land at the intersection of Iowa Street and S. New Braunfels Ave. A sign on the brick façade outside says it all, ‘Safe Place.’

The center is a neighborhood oasis, with activities for all ages, including early learning childcare and after school programs, plus education and leadership classes for teens, along with yoga and pilates and water aerobics for adults.

Back in the day, the Alamo Branch YMCA of the 1940s was equally functional. It served a variety of needs.

Not only was it a recreation center, but also, in the days of segregation, African-Americans who traveled into the city and couldn’t stay at hotels had an option — they could stay at the ‘Y’ near St. Paul’s Square.

Davis III, a shortstop who played in 17 games for the Texas Rangers in 1980, said his father told him that he worked with “dignitaries and doctors” sympathetic to the plight of African-American travelers to help fund the operation.

In the ensuing years, Odie Davis Jr. and his wife, Nadine, started a family and had three children. The oldest was Norma. Then came Odie III. Finally, Nathaniel was born a few years later, in 1957.

As the kids grew older, Odie Davis III said he and his brother bonded with sports, throwing a baseball around on the side of the family’s yard on Montana Street. Or, across the road, in a cemetary, which also served as a recreation-oriented green space.

“There was a baseball field and a football field over there,” Davis III said.

The brothers also would spend a lot of time at the ‘Y’ down at 1230 East Commerce. Before school. After school. “We spent all of our life at the YMCA with our dad,” Davis III said.

Asked about his favorite memories of growing up with his brother, Davis III said, basically, all of them. “My brother was the world to me.”

Added Davis III, “We participated in every sport that was around. Our father was trying to break that barrier (of segregation), so we mostly had to play within the YMCA system. We never got out to expose our (talents, in other leagues). So, the Y became a haven.

“Everybody used to go out to the Y camp. You had players from the West Side. They had leagues over there that my dad started. It was camp Alamo. That’s where we (played) our baseball and sports, out there.”

Life took on some dramatic changes for the Davis kids in 1975. That was the year their dad died.

Nate would leave town that same year to attend school at Prairie View A&M, while Odie III was drafted by the Rangers in 1977. Odie III would employ the work ethic taught by his father to make the major leagues with the Rangers briefly in September and October of 1980, and he played professionally through 1982.

Nate, meanwhile, returned to San Antonio to follow in his dad’s footsteps, according to the family’s obituary. Not only did he work at the ‘Y,’ he also played for and later sponsored the semi-pro Denver Heights Bears, a team that his father helped establish in the ‘50s.

In a tenure with the team that lasted some two decades into the late 1990s, Odie III said, the Bears won a city title under Nate’s leadership in 1994.

Nate also was an enthusiastic community organizer. He was a principal in San Antonio’s Martin Luther King Day march, one of the largest in the nation. Each year, the family’s obituary said, he promoted scholarship funds for local youth tied to the event. In 2017, he was the MLK commission chair for the 30th anniversary march.

Mostly, though, Nate loved to work with the children at the YMCA. Combined with his father’s 30 years with the organization and Nate’s own 32, the family’s influence in the community at large has been undeniable.

“I think, culturally, it was a pretty aggressive impact,” Odie Davis III said. “That’s what it was all about. My parents (were) always trying to teach us, (me, my sister) and brother, that you got to try to bring up the neighborhood. You got to try to help. It takes a village, as they used to say.

“That was one of the principles that my dad would teach us, and my brother did it, too. He was always taking care of the kids.”